|First of all, let us ask you this: can you spot the teasers?

As we approach another SGCC we take a time to look back at our story and how the pieces fell in place through these years. Starting from a simple, yet powerful desire to bring to life the characters, worlds and stories that we loved, Kinetiquettes was born.

It is with a thankful heart that we share with you a bit of our humble beginnings. And now, under the Mighty Jaxx umbrella, we look to the future with excitment and the same fire we always had, wishing to expand even more our catalog of licenses, projects and universes we all cherish.

OKAY! The day is finally here! Our first SNK King of Fighter character, Terry Bogard, is ready for Pre Order HERE and to celebrate this exciting occasion we’re giving away one sample for a lucky winner! 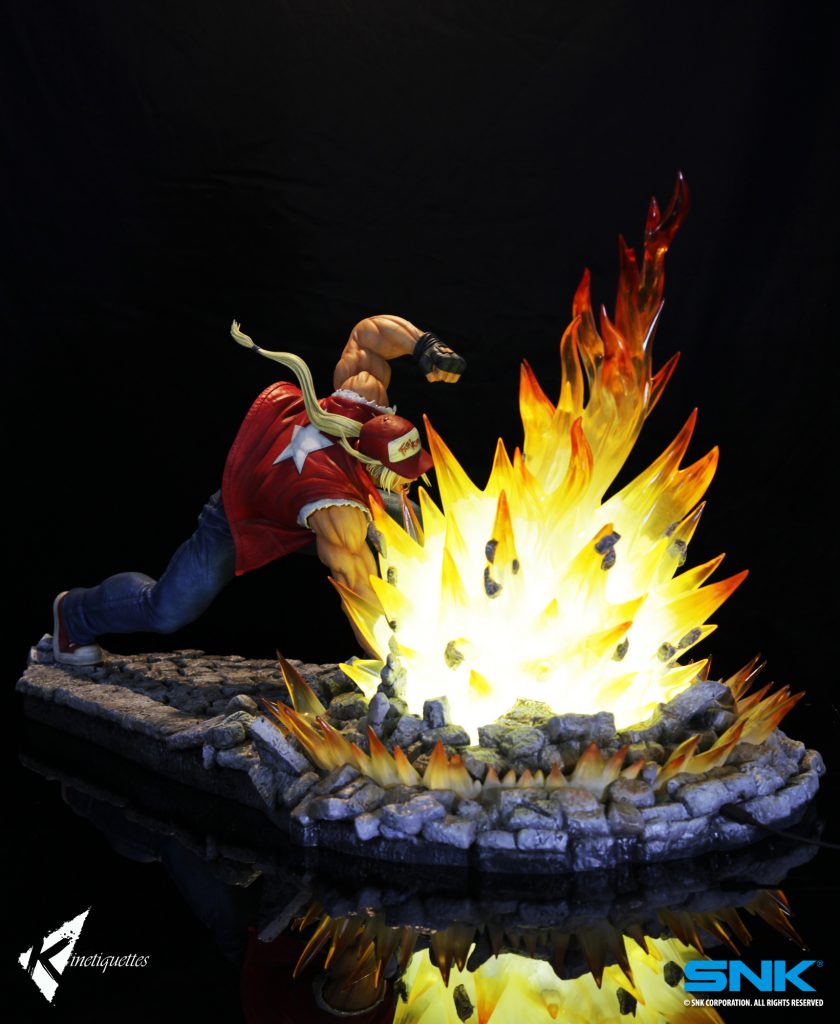 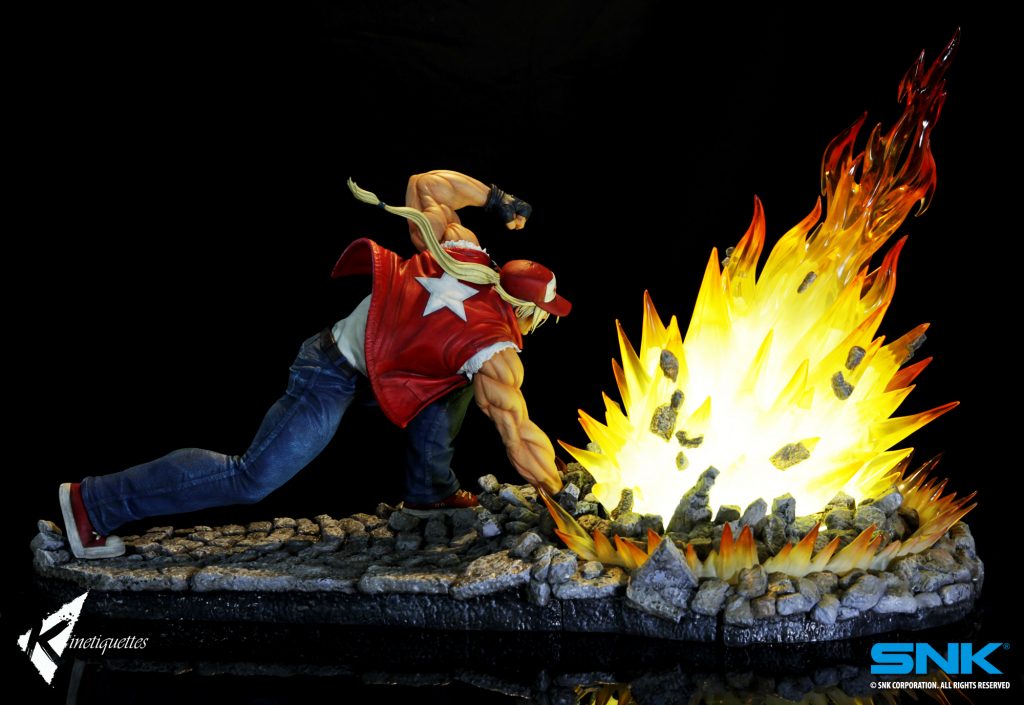 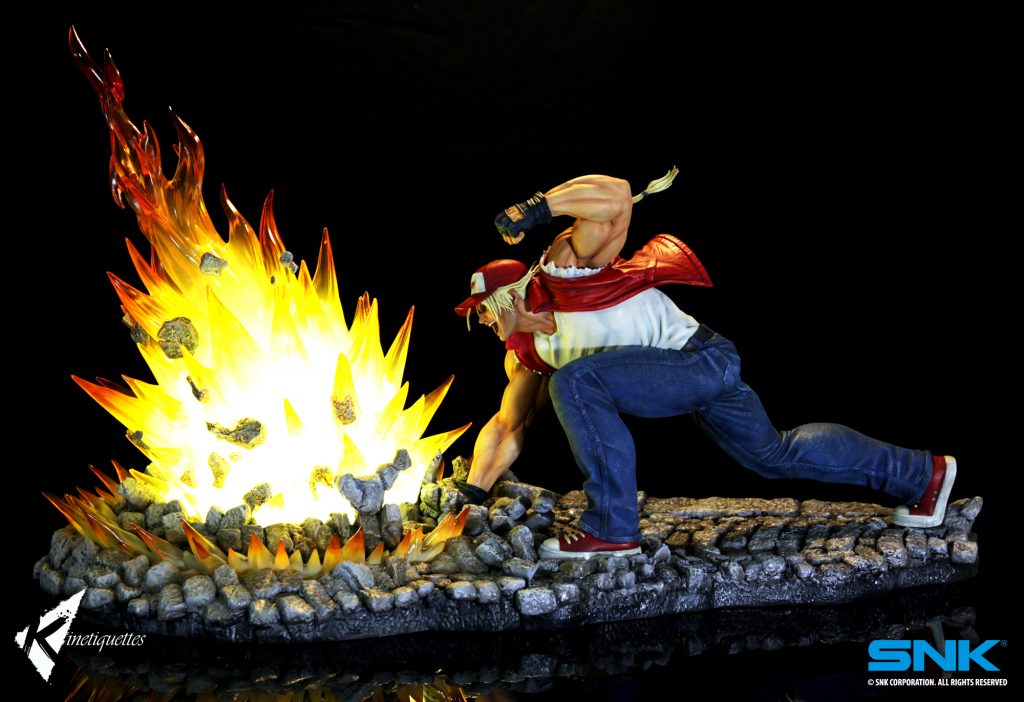 One lucky winner will be chosen at the end of the contest, that lasts until September 30th, and shortly after that a Kinetiquettes team member will contact the person. Shipping costs, customs fees and taxes should be covered by the winner. 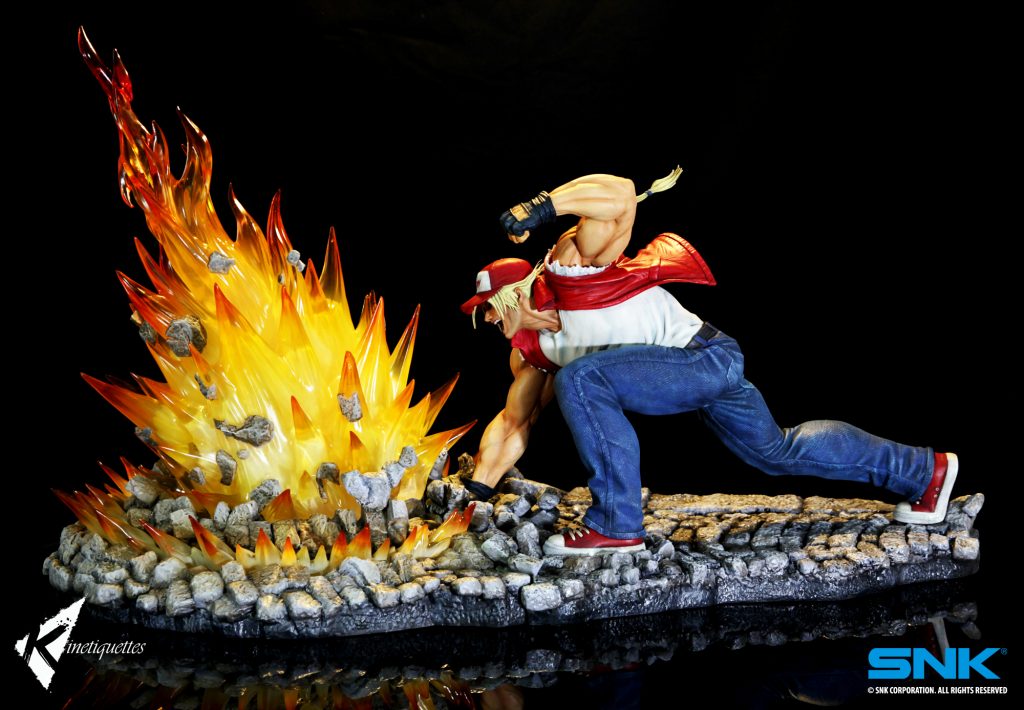 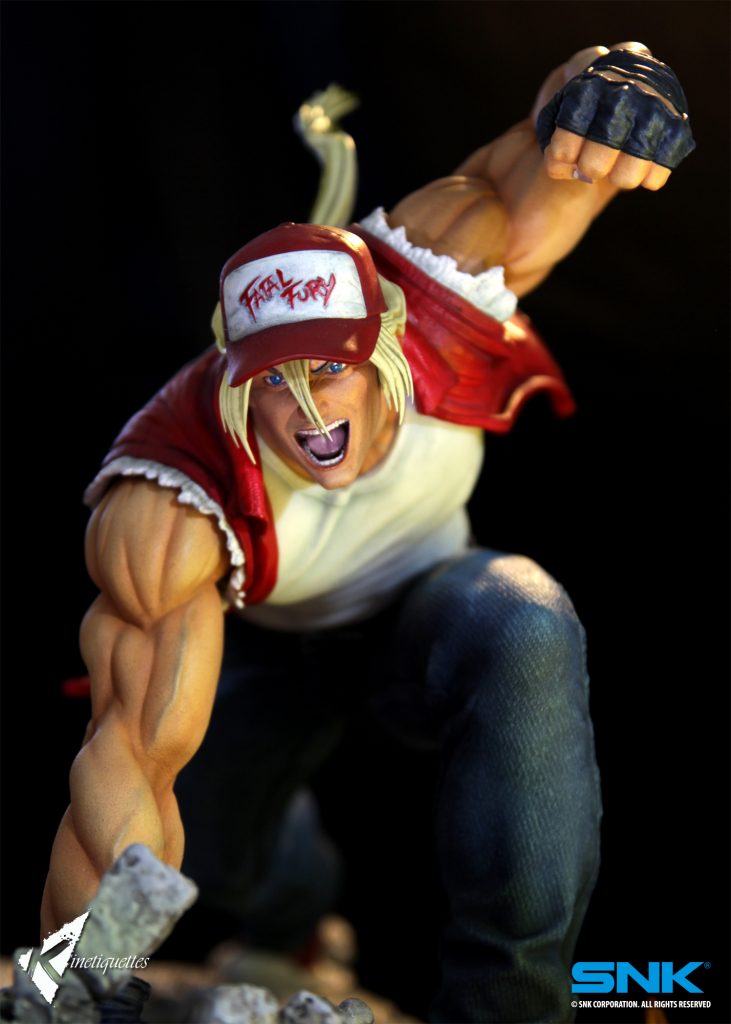 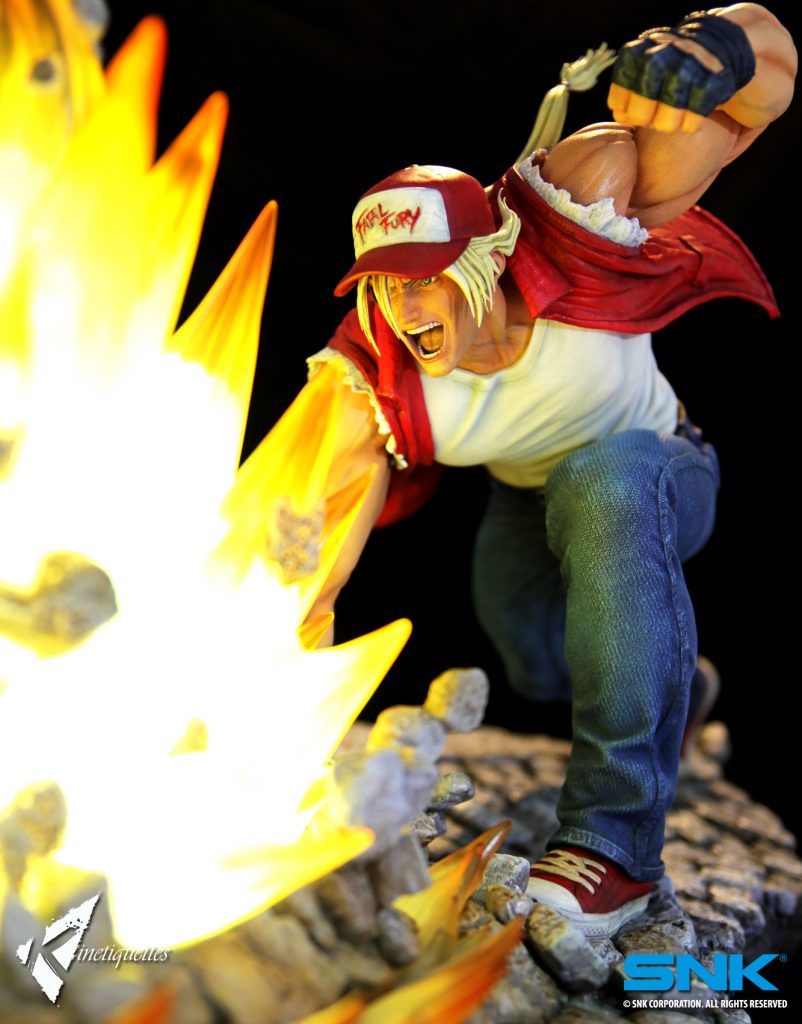 For fighting game players, it’s pretty much safe to say that the best years in terms of gaming were the 90’s. Arcades filled with players, coins in hand, ready to face the next opponent. The adrenaline, the taste of victory, the salt of defeat… all those feelings that gamers experienced will be etched in memory forever.

As true proud fans of SNK fighting games, who lived those years spending their lunch money in the arcades, Kinetiquettes is very excited to show the first of many from the SNK character lineup. Working for over a year with the Japanese SNK designers, sculpted by Rodrigue Pralier and Wandah Kurniawan Prasetiyo, painted in collaboration with Hugh Lee, we present to you in detailed 1/4 scale, with led light up and detachable Geyser base: TERRY BOGARD : The Lone Wolf limited edition diorama!

Will you let this be only a memory? Or are you ready to recall those exciting days at the arcade? Join us for the Terry Bogard pre-order event happening worldwide on September 5th 11pm SGT. Sign up for the newsletter notification here at our website!